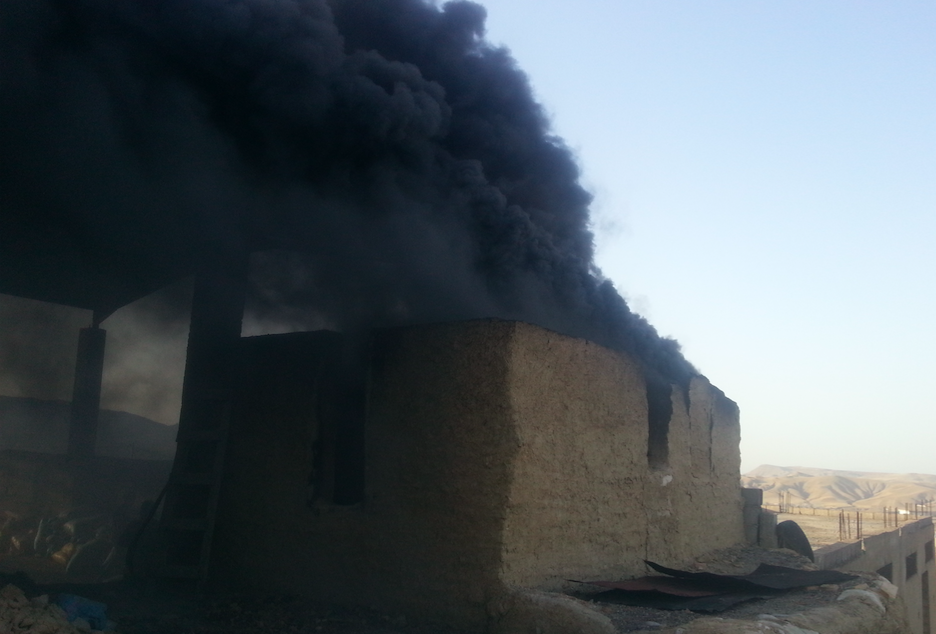 September 1-2, 2016. Rabat, Morocco. In the run-up to the next global climate negotiations meeting to take place in Marrakesh later this year, Morocco’s Minister of Environment, Hakima El Haite, hosted a two-day workshop to promote cleaner brick production across Africa.

The artisanal production of bricks around the world is a key contributor to global climate change, due to Black Carbon and other emissions stemming from inefficient kiln firing processes common to small brick kiln facilities. Morocco has some 160 brick kilns distributed across the country, a third of these are large low-emission industrial facilities producing hundreds of thousands of bricks daily, while half of the national kilns, are small generally family-run traditional facilities producing only a small fraction of national brick output, but making up for most of the sector’s emissions.

In a world ever-more concerned with climate change causing industrial emissions, containing the type of black smoke air pollution (mostly black carbon) from the traditional brick sector poses one of the greatest challenges in efforts to mitigate industries through technological climate friendly upgrades, largely due to the informal and unregulated nature of the sector, to the lack of government controls, to the general lack of knowledge about production emissions and available cleaner technology and technics, as well as to the social and traditional implications of phasing out polluting practices. Small brick production facilities generally depend on large amounts of local firewood, kerosene, coal, or even random local trash including tires and other toxic fume generating fuel used for cooking bricks.

The CCAC’s work with small traditional kilns focuses on improving fuel mixes and burning techniques of traditional brick producers, to reduce inefficient firing which generates dangerous climate change causing black carbon emissions, but also on issues such as better mixing of clay (which improves brick quality as well as lowers emissions). Such improvements not only are good for the environment but also result in larger profit margins for small-scale producers. Emissions reductions of 30-40% or even greater can be achieved by low cost investments in traditional brick kiln facilities such as adding a motorized air blower and mixing sawdust with conventional fuels, improving clay mixtures, or utilizing an extruder (press) machine for shaping bricks.

The workshop included guest panelists from Asia, Europe and from Latin America that have been working with the UN’s CCAC on several initiatives to promote an accelerated phase-out of short life climate pollutants (SLCPs) such as methane, HFCs, black carbon, and tropospheric ozone. The CCAC’s Bricks Initiative provides governments with assistance on policy development, technical training for producers and for public officials, assistance with data collection technics, emissions measurements protocols, as well as economic analysis of the production chain to improve the overall efficiency of the brick sector, which in turn translates into greater sustainability and lower contamination. The Africa workshop was a preliminary step to promote brick sector improvements on environmental performance in the region, and follows on similar efforts by the CCAC already taking place in Asia and Latin America.

The Center for Human Rights and Environment (CHRE) coordinates the CCAC’s policy network for Latin America on clean brick production and is assisting governments with strategic planning and policy development to address contaminating brick sectors. Jorge Daniel Taillant, CHRE’s Director, was present at the workshop, and shared with participants recent developments in the Latin America region to promote strategic government engagement with the brick sector including guidance documents prepared specifically by CHRE for public officials to consider approaches to develop sector policies and engagement strategies for the traditional brick sector. CHRE also moderated the concluding session of the workshop, focused on drawing regional conclusions for future actions in Africa to help governments engage with producers and other key actors, such as the financial sector, needed to secure investments in technological innovations for traditional brick production.

Some of the priorities identified for the Africa region were to push for more government engagement to reduce the invisibility of the sector common to traditional brick production, to develop national inventories and plans to identify, characterize and target actions in the sector, to focus attention on technical training for small producers, and particularly for the Africa region, to consider the social and socio-economic dimensions that typically characterize the brick sector in the region.