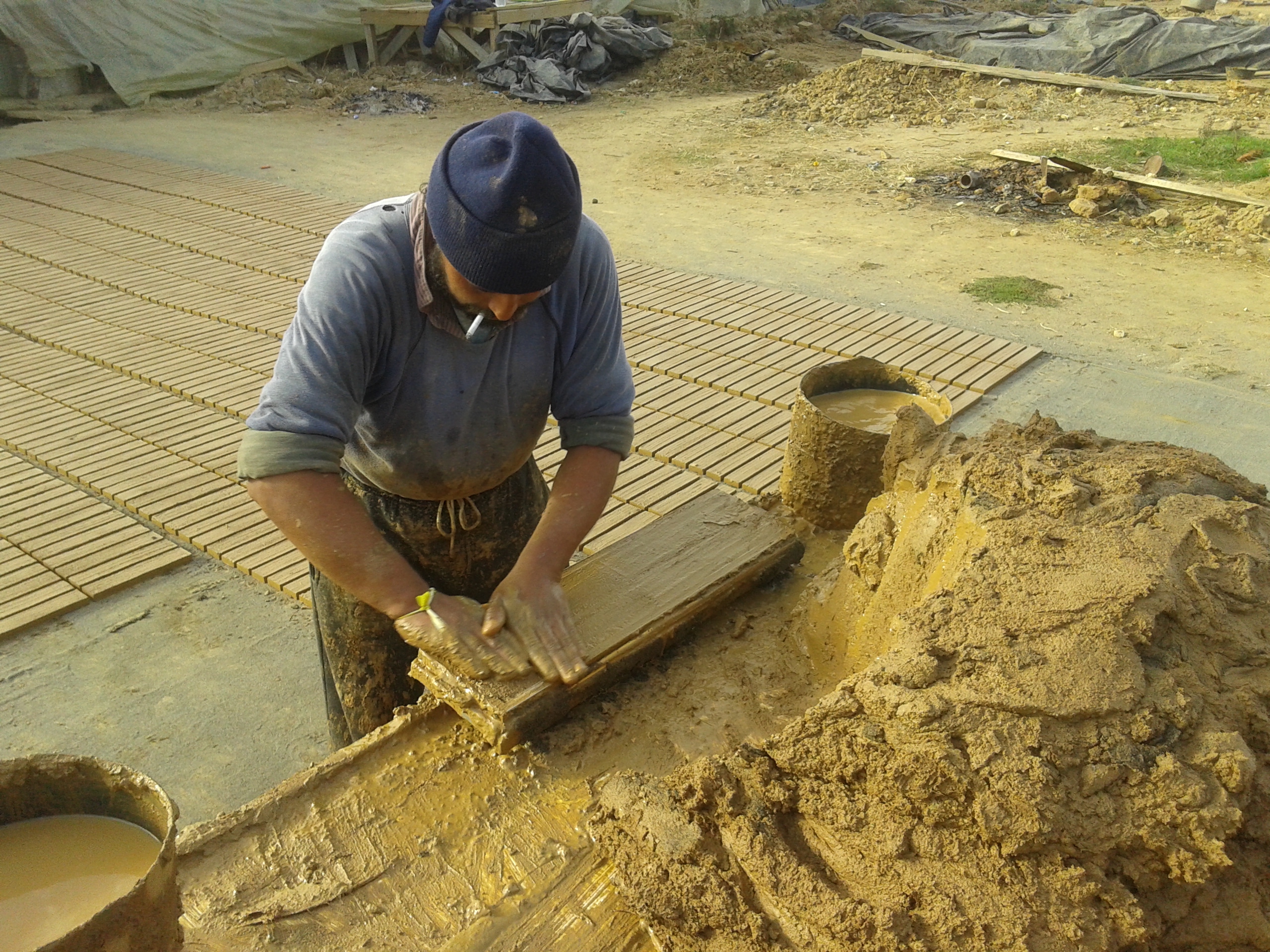 Brick producers, government representatives, academia and CCAC partners from across Latin America gathered in the Maule Region of Chile for the Inaugural Meeting of the newly created CCAC Policy and Advocacy Network (PAN) for Latin America, 27-28 April 2015. The network is an important effort of the CCAC geared to helping public officials address sustainability issues related to traditional brick production, including considering introducing more robust regulatory frameworks and mechanisms for controlling emissions, reducing black carbon, lowering health impacts as well as addressing other social, environmental and economic challenges faced by governments when engaging with the brick production sector.

According to Maria Eliana Vega Fernández of the regional chapter of the Ministry of Environment (SEREMI) of the Maule Region, up to 50 percent of all bricks in Chile are produced in the region, using ancestral methods and kilns, fueled principally by wood, garbage and even old tires at times. “We do not have knowledge of how many producers we have or what it means to our economy”, said the Governor of the Region, Mr. Hugo Veloso. “This event is an opportunity for the region to take stock of its brick producers, help modernize the sector, help the producers and most importantly, to clean our air.”

Marcelo Mena, Vice Minister of Environment of Chile and Co-Chair to the CCAC, traveled to Maule and spoke before the opening plenary, emphasizing that the focus on brick kilns is a key component of Chile’s climate strategy, and is a priority for President Bachelet. This includes efforts at cleaning up air pollution. The presence of the CCAC, said Mena, is important for the region as it brings international experts to Chile that can help the region address its climate challenges. “Our Strategy for Atmospheric Decontaminationfocuses on a14-city plan for decontamination in the Southern region of Chile. The plan is currently undergoing public consultation.”

The two-day event and workshop, which included a site visit to brick kilns in Maule’s Cauquenes and Linares localities, was co-hosted by the Climate and Clean Air Coalition (CCAC), Chile’s Ministry of Environment (SEREMI), the  Center for Human Rights and Environment (CEDHA)—coordinator of the PAN LAC network, and Swisscontact, a key technical partner of the CCAC.

Echoing comments of the other public officials present from countries as diverse as Mexico, Guatemala, the Dominican Republic, Brazil, Colombia, Paraguay, Peru and Argentina, Mena recognized that brick production has been largely an invisible sector to public policy. The Vice Minister added that “Chile’s decontamination plan will result in the restriction of the use of firewood as a method of cooking and heating, and at the same time will introduce cleaner alternatives resulting in a 30 per cent improvement in thermal insulation.”

The Government of Chile will invest US$15 million in the conversion of heat stoves and US$32 million in projects for improved thermal insulation in households. With this strategy Chile expects to reduce contamination in the cities of the Southern region by 70 per cent over the next 10 years.

Helena Molin Valdes, Head of the Climate and Clean Air Coalition’s (CCAC) Secretariat hosted at the United Nations Environment Programme and home to the PAN LAC network, said “the CCAC’s Bricks Initiative and the network provide a unique partnership and discussion space to make the very significant climate and health impacts of brick production around the world visible to both policy makers and producers. Traditional brick production provides income to many families, but also brings many risks to producers, to their families and to local populations. These risks and impacts can be rapidly mitigated with very notable environmental and health benefits. A staggered plan to provide access to better knowledge, technology and finance would be beneficial for everyone – while having very positive climate and air quality benefits.”

Belarmino Contreras, an artisanal brick producer from the city and commune of Cauquenes in the Maule Region, said that the PAN LAC initiative can add value by increasing awareness amongst brick producers, by exchanging knowledge on international practices in technology transfer, and by getting the National and Municipal governments to help brick producers in project development to access funding.” Contreras stated that he wants to modernize because he knows that brick kilns cause contamination near local health clinics, and schools; everyone sees it but nobody does anything about it. We need help.”

During the two days of sessions discussing government challenges, policies and options to address the brick kiln sector, representatives from across Latin America exchanged ideas on addressing emissions, health impacts, labor conditions, and the economics of brick production. They saw and exchanged information on public policy initiatives and technological initiatives underway in Mexico, Colombia, Brazil, Argentina, and Peru, among others. They also explored technical and financing opportunities for investments in the brick sector from institutions such as the United Nations and the World Bank.

For the close of the workshop, the 65 participants had the opportunity to visit several producers in Cauquenes and Linares of the Maule Region, where much of Chile’s brick production is located. They also held a special session to discuss specific ways that Maule could introduce changes to the brick sector as well as a discussion on how in the future, the PAN LAC network could help Maule and other countries to bring innovations to brick production, including the provision of strategic guidance by and to the network’s participation countries.

An important outcome of the workshop was the announcement by the Ministry of Environment of Chile of key actions for the Maule region that will be implemented in 2015 in coordination with the Council for Cleaner Production (CCP). This will include:

Following the work sessions in Maule, the co-chair and the Head of CCAC held many meetings in Santiago, among them with the Vice-Ministers of Transport and of Energy and researchers from the Center for Climate and Resilience Research, to explore with them how to get major multiple impact, including transport mobility and energy efficiency gains, from the policies and measures needed to reduce emissions from black carbon and other SLCPs. Chile is about to introduce several new legislations to this extent, including on the use of biomass for heating to limit emissions.

The Policy and Advocacy Network (PAN) Component of the Brick Production Initiative  of the Climate and Clean Air Coalition to Reduce Short-Lived Climate Pollutants (CCAC) aims to support countries in the development of comprehensive public policies for cleaner brick production. The overall objective is to build networks to facilitate the exchange of knowledge and information on available and suitable regulatory frameworks to help device effective policies and/or policy implementation that transform the brick-making sector in Asia and Latin America.