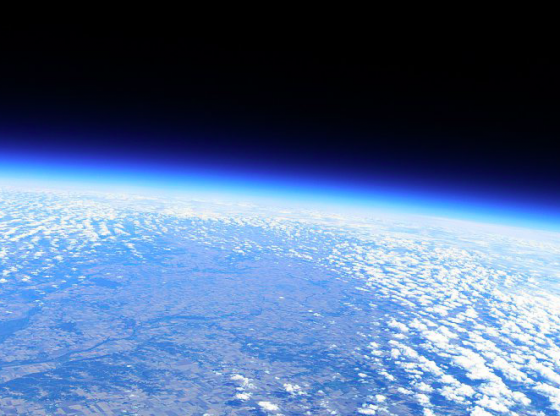 The Montreal Protocol—the only treaty with universal membership of all UN countries—is continuing to heal the protective stratospheric ozone layer and also protecting the climate, a key scientific assessment concludes today.

The  quadrennial Assessment of Ozone Depletion by the treaty’s Scientific Assessment Panel (SAP) — published  at the start of its annual Meeting of Parties in Quito – confirms  that, “for the first time, there are emerging indications that the Antarctic ozone hole has diminished in size and depth since the year 2000” and that it is expected to gradually return to safe levels by the 2060s, thanks to the mandatory reduction of CFCs and related ozone depleting chemicals.

“The SAP Assessment confirms the Protocol’s reputation as the world’s most successful environmental treaty,” said Durwood Zaelke, President of the Institute for Governance & Sustainable Development. “Over the last three decades, the Montreal Protocol has fulfilled its original objective to heal the ozone layer. But it didn’t stop there. Because CFCs and related gases are also super climate pollutants, phasing them out has reduced the climate problem by an amount that would have equaled the contribution of carbon dioxide today—more than half of all warming—with the Kigali Amendment adding even more climate protection.”

The Assessment notes that the Montreal Protocol can do still more to protect climate:

“The Montreal Protocol is a ‘start and strengthen’ treaty,” stated Zaelke, “and history suggests the Parties will soon strengthen the initial schedule of the Kigali Amendment, while also encouraging a ‘leapfrog’ strategy where Parties avoid HFCs altogether by leaping over them during the ongoing phaseout of HCFCs, and move directly into climate friendly alternatives to avoid the extra 53 billion tons of CO2-eq.”

Romina Picolotti, President of the Center for Human Rights & Environment and Argentina’s former Minister of Environment, stated that, “while past phaseout of CFCs and other refrigerants catalyzed improvements in energy efficiency of cooling equipment, this time the Parties are making a conscious effort to maximize the efficiency benefits.”

“A modest 30 percent improvement in energy efficiency of room air conditioners can save enough energy to avoid building nearly 1,600 medium size peak power plants by 2030,” she added. “Inefficient cooling appliances are energy vampires that steal energy that is essential for development, and countries should not let them into their market.”

The Assessment also reports on the unexpected emissions of CFC-11 uncovered by Montzka et al last May, noting that the specific source region and cause of the emissions remains unknown. Following the Montzka paper, China launched a new inspection and enforcement campaign. A new report by the Environmental Investigation Agencyreleased last week offers additional information and analysis regarding the illegal use and trade in CFC-11 and looks at the broader implications for compliance and enforcement of Montreal Protocol obligations.

Efforts to phase out CFCs and related fluorinated gases controlled by the Montreal Protocol started in 1974 with the warning by Mario Molina and Sherry Rowland that emissions of these chemicals were destroying stratospheric ozone, which led to their Nobel Prize in chemistry. Professor V. Ramanathan warned in 1975 that CFCs were also super climate pollutants. The early action that followed to phase out these chemicals is a major reason for the profound contribution the Montreal Protocol was able to make to protect the ozone layer and the climate system.

This story comes from a press reelase from theInstitute for Governance & Sustainable Development (IGSD). For further information, contact Durwood Zaelke at zaelke@igsd.org