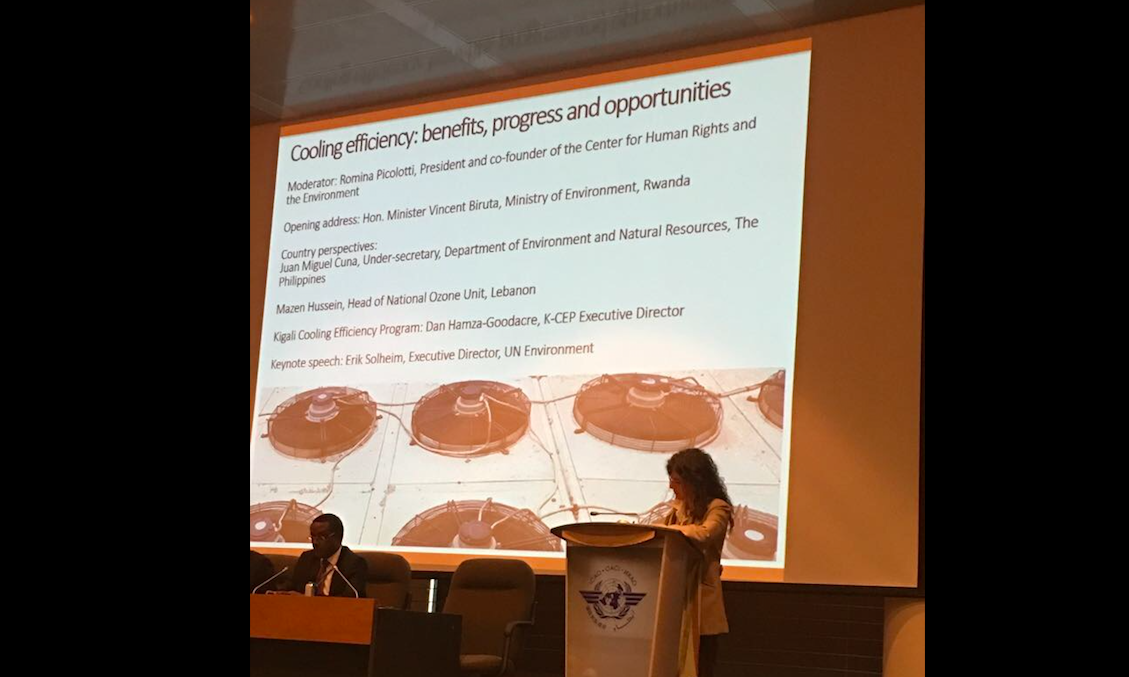 The Montreal Protocol summit concluded successfully today on its’ 30th Anniversary with three key agreements to promote cooling efficiency: US$540 million allotted to the multilateral fund,a decision on energy efficiency and securing the threshold for the ratification of the Kigali Amendment.

During the morning of the concluding day of the Meeting of the Parties (MOP) of the Montreal Protocol, three very important agreements were achieved: US$ 540 million were added to the multilateral fund destined to the elimination of HCFCs, requiring the Panel for Technological and Economic Evaluation to study the best ways to integrate energy efficiency and the elimination of HFCs as per the recent Kigali Agreement. More than 20 countries have already agreed to ratify the recent amendment and thus the threshold of signatory states has been reached to set the amendment in stone and into force in 2019.

India, Bahrain, Kuwait, Lebanon, Saudi Arabia and the African Group presented a decision on energy efficiency. According to estimates by the Lawerence Laboratory of the University of California Berkeley, the incorporation of cooling efficiency during the transition of refrigerants could avoid up to 1 degree C in global warming.

Erik Solheim, Executive Director of the UN’s Environmental Program (UNEP), launched an event in Montreal moderated by Romina Picolotti, founder of the Center for Human Rights and Environment, which spearheads a global campaign for clean refrigerants, assisting parties to the Montreal Protocol to include energy efficiency while eliminating HFCs. This important effort is financed by the Program for Efficiency Refrigeration of Kigali (K-CEP), a US$52 million philanthropic fund to catalyze energy efficiency in the refrigerant sector.

Romina Picolotti, current Senior Climate Advisor for the Institute for Governance and Sustainable Development said, “The Kigali Amendment is the most important climate mitigation agreement achieved in 2016. Its’ objective is to progressively eliminate one of the most climate forcing gases with great warming potential, principally used in refrigeration. Its implementation will allow us to avoid 0.5 degrees C of global warming, if we also take advantage of other opportunities and if we promote cooling efficiency in refrigeration equipment. This way we double mitigation benefits. Refrigeration is key to conserving vaccines and special medications that need to be kept cool, to food, etc. The agreements achieved this week in Montreal were key.”