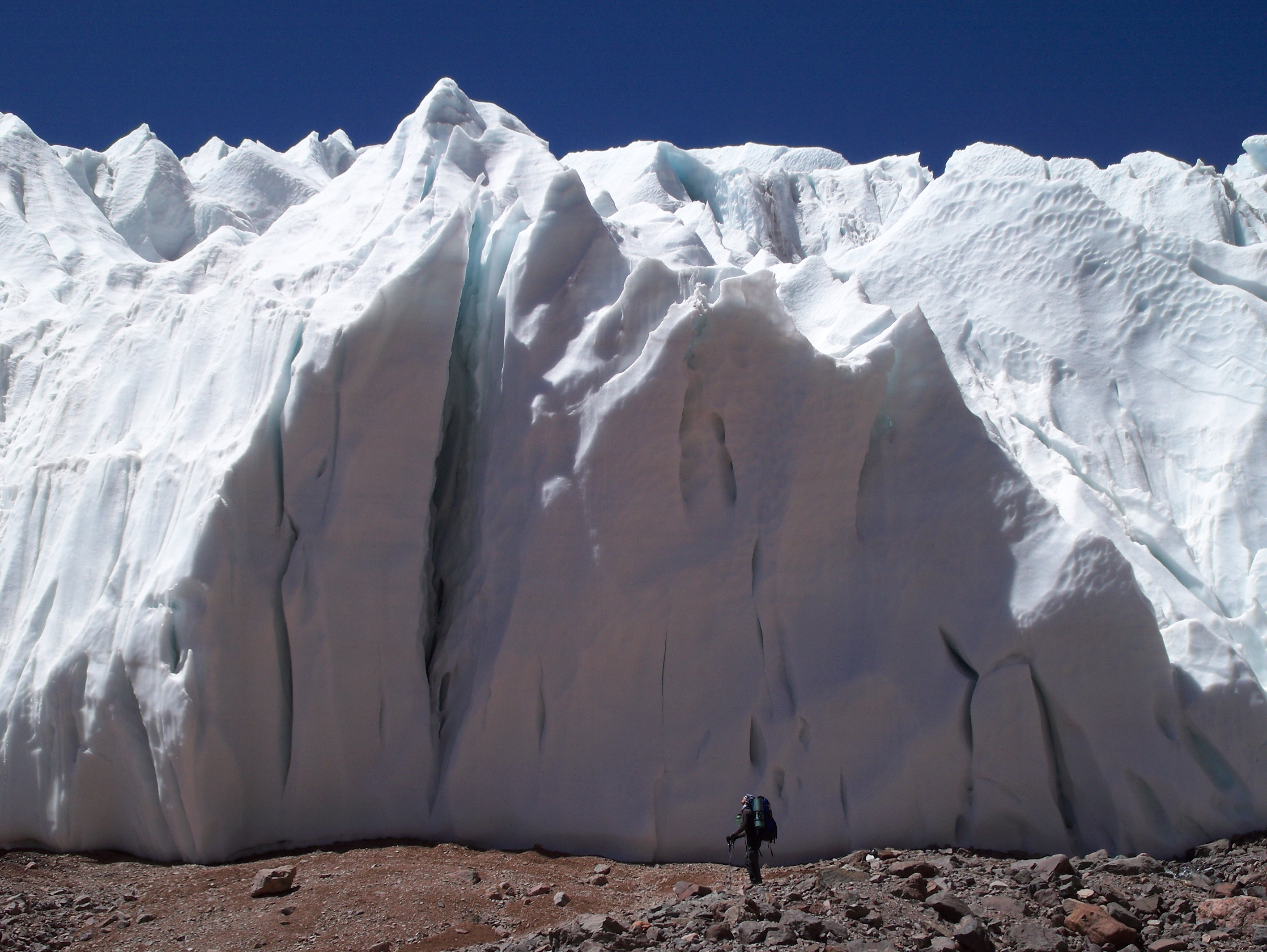 published originally in Spanish at:

Argentina’s president, Mauricio Macri finally went clean on behalf of the government, recognizing that Argentina’s glacier law effectively protects glaciers from mining projects. And because of this, he wants to change it.

Mining impacts to glaciers were the reason for Argentina passing a glacier protection law in 2010. It was a law that was intentionally drafted to be restrictive for mining, forbidding mining projects as well as oil and gas projects where glaciers and periglacial environments (permafrost) thrive. That’s basically above 2,500 meters in Argentina’s Central Andes, also home to much of the country’s mineral resources.

Now, after much debate, ten years of debate, and after endless insistence by the mining sector, including companies like Barrick Gold, Glencore Xstrata, McEwen, and others that argue that mining does not affect glaciers, Argentina’s President and an entourage of pro-mining actors have come out in recent days indicating that Argentina’s glacier law is in fact hindering some US$18 billion in mining investments. The call by mining actors to flex the glacier law confirms what environmentalists have been saying all along, that many of the large-scale gold and copper mining projects nestled in the high Central Andes, would destroy glacier and permafrost areas, critical to Argentina’s agriculture, human consumption and ecosystems.

For years, provincial and federal mining authorities have denied any conflicts between mining and glacier areas. San Juan Province (home to Barrick Gold’s Veladero and Pascua Lama projects) mining authorities, have gone as far as to say that glaciers and periglacial areas not only are not in conflict with mining, but they that they don’t even have any significance to water supply. Chilean environmental authorities in charge of monitoring Barrick Gold’s binational project, Pascua Lama, would beg to differ and have halted advancement with preparation of Pascua Lama since 2013, precisely due to glacier and periglacial environment impacts. Barrick’s infrastructure works in preparation of Pascua Lama have greatly damaged key glacier runoffs directly below the Pascua Lama pit area, which even before production, has already destroyed several small glaciers that straddle the border area between Argentina and Chile.

President Macri, who took office following former president Cristina Kirchner, is now set on softening mining restrictions passed when Kirchner allowed a second version of the glacier law to come into effect in 2010. Kirchner had vetoed an earlier version of the law in 2008 specifically because it would be detrimental to mining. The presidential veto of the glacier law has euphemistically been dubbed “the Barrick Veto” as it is widely assumed that Barrick’s President at the time, Peter Munk, placed a call to Cristina Kirchner requesting that she veto the law.  The veto led to the resignation of Argentina’s Environment Secretary, Romina Picolotti, a globally recognized environmental activist who had had a heavy hand in getting the glacier law passed, and who lobbied strongly for the inclusion of Article 6 in the law, prohibiting mining in glacier and periglacial environments–the heart of present problems with the mining sector. Picolotti’s conflicts with Barrick Gold and their intention of moving forward with Pascua Lama, despite glacier impacts, were widely known.

The law returned however, in 2010, passing by a slim margin, but still maintaining the mining prohibition in glacier and periglacial environments. Back then, even the miners had little knowledge of glaciers and periglacial environments, and perhaps many of them were as ignorant of conflicts between mining and glaciers and permafrost as the rest of society. But as Argentina’s glacier inventory has progressed, thanks to the glacier law, and as groups such as CHRE/CEDHA began to produce reports showing that mining exploration and production was squarely occurring in some of Argentina’s most delicate glacier and permafrost environments, the focus of many pro-mining actors tuned to destroying the glacier law. That is precisely what President Macri and his Energy Minister, Jose Aranguren, former CEO of Shell Argentina are now proposing. Exploration for unconventional gas reserves, including gas hydrates, are also in check with Argentina’s glacier law. Argentina’s federal mining authorities are administratively part of Aranguren’s Energy Ministry and hence have a strong ally in their battle to destroy Argentina’s glacier law.

According to mining authorities, over US$18 billion of mining foreign direct investment are on hold because of conflicts with Argentina’s glacier law. Barrick Gold’s Pascua Lama project is the foremost project that is by Barrick’s own recognition in their environmental impact reports, illegal if the law stands. Other projects however, have also been on hold for years, partially due to macro-economic instability that reigned during the former administration (which included earnings repatriation restrictions), low global mineral prices and also Argentina’s glacier law which would make many of these projects illegal, or at the very least, highly controversial. This includes projects such as El Pachón owned by Glencore Xstrata in San Juan Province. McEwen Mining’s Los Azules copper project, Stillwater’s El Altar, Famatina in La Rioja (recently explored by Osisko), Cerro Amarillo (Meryllion Resources), Las Flechas / Vicuña and Filo del Sol (by NGEx Resources), and Del Carmen (Barrick Gold), many of which are in exploratory phases in the high Central Andes, as well as several others that are quietly awaiting to see how the  political infighting between the mining sector and environmentalists who do not want to introduce any reforms to Argentina’s glacier law, sorts itself out.

Macri has promised miners to do away with the world’s only glacier law, and allow for mining activity to take place in glacier and periglacial areas. This recent announcement, with an anticipated date for a new glacier protection bill to be sent to Congress in February of 2018, has drawn immediate reaction from political opposition groups, and particularly from environmental organizations which gathered in 2008 orchestrating a nationwide campaign to bring back the glacier law, which they achieved in 2010. This may bring on a glacier-cooling effect by many Argentines to the new Macri government.

Report on Mining and Periglacial Environments in Argentina
https://center-hre.org/wp-content/uploads/2012/11/El-Ambiente-Periglacial-y-la-Mineria-en-la-Argentina-English.pdf

Report on Impacts to Glaciers by Barrick Gold at Pascua Lama and Veladero
https://center-hre.org/wp-content/uploads/2013/05/Los-Glaciares-de-Barrick-Gold-version-20-mayo-2013-ENGLISH-small.pdf