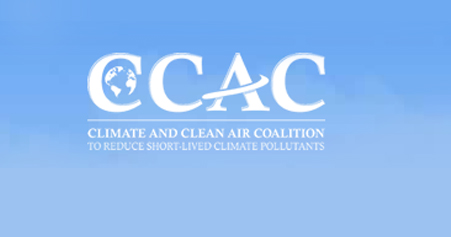 Mexico City, 26 July 2013–Efforts to reduce emissions of so-called short lived climate pollutants (SLCPs) were given a boost at an international meeting in Mexico City today.

Cutting emissions of SLCPs like black carbon, methane and gases known as HFCs could cut the rate of global warming by up to 0.5 degrees C, save millions of lives and reduce crop losses by over 30 million tonnes a year.

Studies indicate that, depending on the design, choices of fuel and the conditions in which they are used, advanced cook stoves and fuels can play a key role in reducing emissions of SLCPs.

Funding will also be used to support a fund, called the Spark Fund, to provide pre-investment funding to enlarge projects that reduce black carbon and SLCPs while also supporting outreach and education on the role that advanced cook stoves and clean fuels can play in mitigating emissions of SLCPs.

Radha Muthiah, Executive Director of the Global Alliance for Clean Cookstoves, which is a member of the CCAC, said:  “The Alliance believes that this work to support standards and testing for black carbon, and pre-investment grants for entrepreneurs to scale projects that reduce SLCPs, will pay tremendous dividends for the climate and women and children’s health in the developing world”.

At the end of the week’s meeting, hosted in Mexico City by the Government of Mexico, an additional $1.6 million was also awarded to the Coalition’s brick kilns initiative.

There are an estimated 100,000 small-scale brick-making facilities across Africa, Asia and Latin America, some of which have designs that date back hundreds if not thousands of years.

Many are both inefficient and burn highly polluting fuels that emit significant levels of black carbon and other harmful pollutants into local communities and the atmosphere.

The stepped-up funding will generate various activities. In Asia the aim is to make governments more aware of the pollution and health issues surrounding old-fashioned brick kilns while also assisting brick-makers to identify cleaner designs and technologies. The funding will also provide training on how to monitor emissions improvements.

Beatriz Cardenas of the Government of Mexico’s Instituto Nacional de Ecología y Cambio Climático, which is one of the leaders of the Coalition’s brick kiln initiative, said: “In Colombia, for example, the support will allow the government to carry out an inventory of black carbon emissions as a first step towards managing them down and as a model for other countries. In Mexico we plan to generate a pilot certification system that will identify bricks made from efficient, less-polluting kilns”.

The Coalition also approved more than $400,000, building on nearly $2 million worth of funding, to help cities reduce methane emissions from landfills.

The additional funding will bring to around 24 the number of cities the Coalition is working with on plans to capture landfill emissions to compost organic waste.

Heading off use of HFCs

The Coalition is working to avoid the wide-spread use of hydroflurocarbons (HFCs) as replacement chemicals in refrigeration systems and other sectors. Studies indicate that if HFCs became widespread by 2050, they increase rapidly to emissions equivalent to up to 19 percent of CO2 emissions.

As part of a wider initiative on HFCs, the Coalition today agreed to conduct a feasibility study on an innovative approach to climate-friendly city-wide cooling in Male, Maldives. This system would entirely avoid high global warming potential HFCs, while also improving energy efficiency.

Helena Molin Valdes, who heads the CCAC Secretariat hosted by the UN Environment Programme (UNEP), said: “The decisions taken this week in terms of moving forward on a range of initiatives sends a good and strong signal to the Ministerial Meeting of the Coalition members scheduled for Oslo, Norway in September”.

“The Coalition and its initiatives are certainly moving forward at a good rate, and there is a real and tangible sense of enthusiasm and ambition to make a difference. We are confident that the Ministerial session can act as a further catalyst to take forward the common and collective aims to fast-track action on SLCPs and bring health, climate and food security benefits to millions of people,” she added.

Today the Coalition also agreed to a second phase of a programme that is assisting countries to work out how best to rapidly reduce SLCP emissions across their economies and calculate the likely benefits.

The SNAP initiative began work in January and has already supported four countries – Bangladesh, Colombia, Ghana and Mexico – to plan early and effective action to reduce damage to health, crops and climate.

Three inter-governmental meetings have already been held – in Colombia, Ghana and Thailand – that reached out to 250 government and other representatives from 48 countries in Africa, Asia and Latin America on the benefits for the toolkit.

Today the CCAC allocated a further US$1.9 million, which will allow the initiative to be rolled out to support additional countries around the world.

The meeting of the International Working Group of the Climate and Clean Air Coalition (CCAC) was held in Mexico City between 22-25 July 2013.

The Climate and Clean Air Coalition to Reduce Short Lived Climate Pollutants is a partnership of governments, intergovernmental organizations, the private sector, the environmental community, and other members of civil society. Launched by six countries and the UN Environment Programme in February 2012, it now consists of 66 partners, including states and key international institutions and organizations. More information about CCAC is at http://www.unep.org/ccac.