Colombia and Chile Request Advisory Opinion on the Climate Emergency 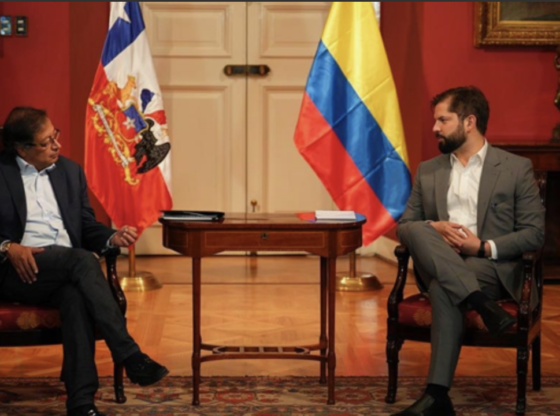 On 9 January 2023, President Gustavo Petro of Colombia and President Gabriel Boric of Chile, presented a request, signed by the Foreign Minister of Colombia, Alvar Leyva, and Foreign Minister of Chile, Antonia Urrejola, to the Inter-American Court of Human Rights to establish whether States should address the effects of the climate emergency on people within the framework of International Human Rights Law.

The Heads of State highlighted “the special relevance of the decision by Chile and Colombia to request an advisory opinion from the Inter-American Court of Human Rights on the climate emergency and human rights.”

The request marks the first time ever that two presidents have presented a request for an Advisory Opinion.

The request specifically highlights the relevance of the human right to a healthy environment and its close line with “substantive and procedural rights that affect the life, survival, and development of present and future generations protected under the American Convention on Human Rights”.

If accepted, a hearing or series of hearings is expected to be held in September, and the judges will issue an advisory opinion before the end of year recess.

CEDHA congratulates the Governments of Chile and Colombia for this historic initiative and welcomes the opportunity to review the response to the climate crisis from a human rights perspective.

The official Press Release from Colombia is here: https://petro.presidencia.gov.co/prensa/Paginas/Colombia-y-Chile-pidieron-a-Corte-IDH-aclarar-el-alcance-de-obligaciones-es-230109.aspx