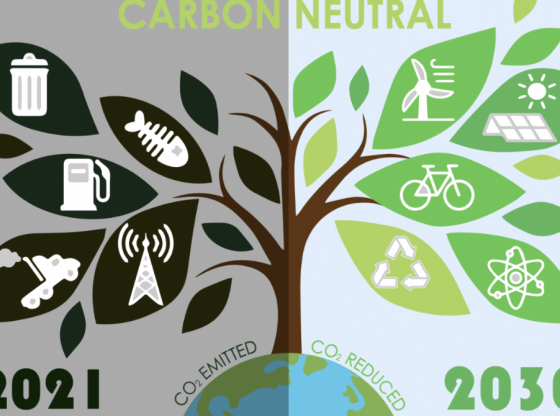 The Center for Human Rights and the Environment (CHRE) and the Institute for Governance & Sustainable Development (IGSD) recently submitted comments to the California Air Resource Board (CARB), urging the air quality regulator to increase its ambition on the California’s multi-year climate plan (the 2022 Scoping Plan), advancing deadlines and increasing targets for the worst climate pollutants, such as methane gas, to 2030 instead of its current 2045 targets for carbon neutrality.

The latest climate science set forth by a 2018 study by Xu Y. et al., later included in the Intergovernmental Panel on Climate Change (IPCC) Sixth Assessment Report, warns that humans are on course to breach the dangerous 1.5°C Paris Agreement target guardrail for global warming tolerance, as soon as 2030. It is crucial to our future survival that we act faster than previously thought, as warming beyond the 1.5˚C as measured since industrialization, increases the risk of triggering a cascade of irreversible and catastrophic tipping points that could lead to tragic and permanent planetary-scale effects. As CARB recognizes, many overburdened communities are already experiencing the early impacts of global warming, which include but are not limited to intense heat domes, prolonged droughts, severe flooding from atmospheric rivers, raging climate wildfires, and other extreme weather events that exacerbate already-existing health risks.

CHRE and IGSD applaud the Air Resources Board for its significant strides to acknowledge and address the need for fast climate mitigation. However, in order to prevent further injustice, and with the realization that climate change is getting ahead of us, it is critical to include a more aggressive 2030 strategy focusing on cutting short-lived climate pollutants (SLCPs) which are far more potent climate change causing pollutants, all the while, and in the spirit of typical California environmental policy, prioritizing vulnerable communities. Only a fast action mitigation approach that cuts the most toxic super pollutants for the climate will get us there, slowing warming in the near-term, and that is methane (natural gas), black carbon (soot), hydrofluorocarbons (dirty refrigerants), and tropospheric ozone (smog) due to their strong potency and short residence time in the atmosphere (as compared to CO2). Methane gas for example is more than 80 times as toxic as  CO2 for the climate, while HFCs can be hundreds to thousands of times more potent than  CO2.

In a study published last month in the Proceedings of the National Academy of Sciences , Dr. Gabrielle Dreyfus, IGSD’s Chief Scientist, stresses the importance of a “dual strategy” (short-term SLCP reductions in conjunction with long-term CO2 reductions) to limit warming below 2°C. To avoid the possible risks associated with delaying these strategies to 2045, CARB must steer global climate action by repositioning California to maximize near-term solutions with clear and aggressive 2030 goals.

Alongside the need for fast action focused on gasses such as methane and particulate matter emissions like black carbon, CARB can do this while further incorporating environmental justice approaches into the Scoping Plan, effectively unifying the best climate strategies with those strategies that help the most climate vulnerable, advancing the state’s environmental justice goals.

Many overlaps exist between high emissions of SLCPs and communities most affected by poor air quality resulting in adverse health and economic impacts. These are due to, for example, the lack of adequate and affordable infrastructure for cooling as well as  proximity to polluting industries and transport or port infrastructure, which emit SLCPs and volatile organic compounds (VOCs) in large quantities. Many of these impacted areas are predominantly low-income communities or communities of color. Without adequate public policy to revert their predicament, residents in these communities remain victims of perpetual environmental racism and discrimination. CARB must accelerate the timeline for completing the phasing down of SLCPs (such as oil and gas production) that have clear impacts on the most climate-vulnerable communities.

Furthermore, CHRE and IGSD recommend that CARB should consider greenhouse gas (GHG) capture as a strategy that is supplementary, and not solely in place of mitigation and adaptation. Bioenergy with carbon capture and storage (BECCS) is mentioned in the Plan as a subset of carbon capture and sequestration (CCS). However, the two organizations warn that BECCS is not necessarily a good climate solution, as BECCS is not carbon neutral in the near-term and may end up emitting more carbon than it avoids. Neighboring states have begun to reassess their GHG emission policies, including Colorado, which now requires for biomass to be  “GHG neutral,” and Virginia, which caps the number of biomass energy credits and requires that existing stand-alone biomass plants permanently retire by 2028.

The latest draft 2022 Scoping Plan can be strengthened to not only help California meet its climate targets and alleviate climate impacts for Californians, but also help guide governments globally to urgently act to tackle our ongoing climate emergency. CHRE and IGSD urge CARB to explore every climate action possible for the 2022 Scoping Plan to successfully meet 2030 goals, particularly through the most effective strategy of aggressively reducing SLCPs, as our planet, and our most climate-vulnerable communities depend on it.

Link to CHRE oral comments before CARB on June 23, 2022
https://center-hre.org/wp-admin/post.php?post=18934&action=edit&lang=en