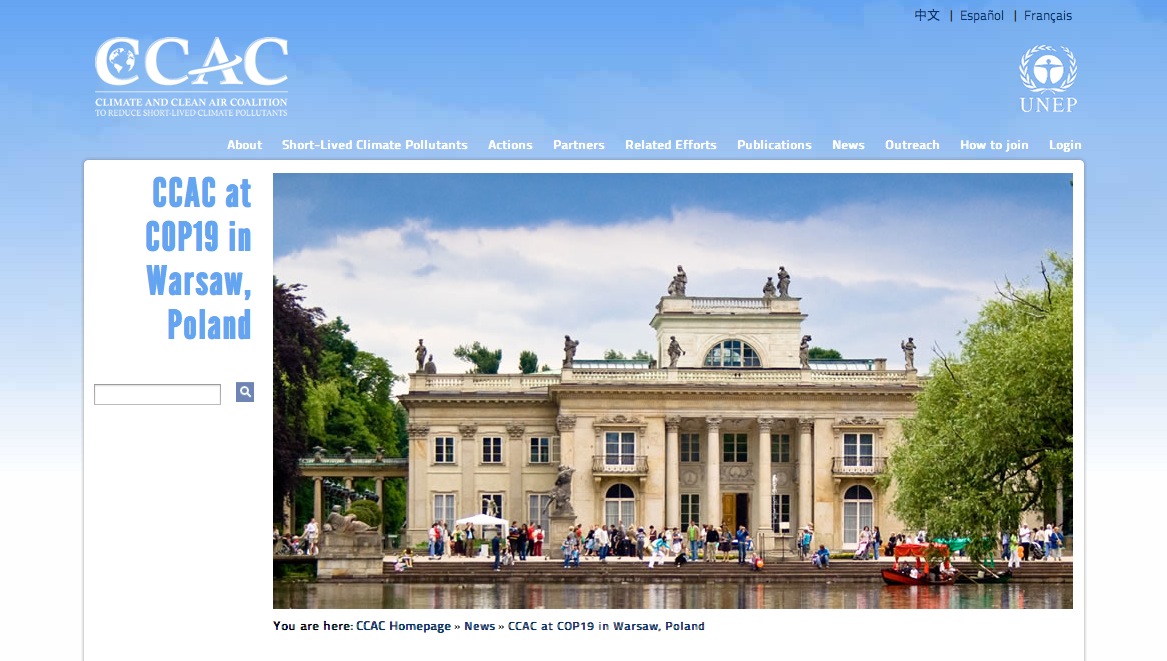 Amid a desultory UN climate negotiation session in Warsaw this week and last—the 19th Meeting of the Parties—one strategy has emerged with wide-spread support, an empowering strategy, both for the near-term mitigation it can deliver, with the potential to cut the rate of climate change in half through 2050, and for its ability to open the door for more ambitious mitigation by all countries for reducing their climate emissions, including their emissions of long-lived carbon dioxide.

The empowering strategy is to reduce “short-lived climate pollutants”, or SLCPs, which include black carbon soot, tropospheric ozone, the major component of smog, methane, and hydrofluorocarbons, or HFCs, used primarily as refrigerants.

The Climate and Clean Air Coalition to Reduce Short-Lived Climate Pollutants concluded its High-Level Assembly today, as dozens of ministers and other senior climate officials took a break from their climate negotiations, where there were more walk-outs than agreements, to join one another for an enthusiastic session on SLCPs where the high level officials expanded their fast-action climate mitigation agenda, pledged new mitigation actions, along with new funding to implement the efforts to deliver immediate climate protection.

Ministers and other leaders of 42 countries and organizations of the CCAC celebrated their successes and pledged to enhance further fast-action to reduce SLCPs.  The CCAC’s 10 action-oriented initiatives are tackling many of the leading causes of near-term climate change, premature death, and crop damage.

“The strategy to reduce SLCPs is one the most important development in climate policy in the last several years, providing fast results rather than slow rhetoric,” said Durwood Zaelke, President of the Institute for Governance & Sustainable Development, from Warsaw. “The SLCP strategies recognize that climate change is a not one monolithic problem but rather a package that can be unpacked, with some pieces ready to be solved immediately, including the SLCPs.”

One of the SLCPs, HFCs, is receiving extra attention in Warsaw, where the 19th year of climate negotiations are continuing the tectonic process where all issues are clumped and tend to move together–or more often fail to move together.  The HFCs have emerged as a signature issue with three key benefits: pre-2020 mitigation of HFCs can help close the emissions gap that remains after the Copenhagen Pledges, HFCs can provide much larger long-term mitigation through 2050 and even 2100, where they can avoid up to 0.5C of warming, and a unique opportunity to build political momentum for COP 21 in Paris in 2015 by showing the value of concrete action before then that can produce fast results.

Romina Picolotti, President of the Center for Human Rights and Environment (CEDHA) and member of the CCAC Steering Committee in prepresentation of numerous civil society organizations, attended the high-level meeting and is helping coordinate global and regional inititatives to promote public policies and programs to eleminate SLCPs.