Leaders Pledge to Tackle Methane, a Super Pollutant, at the Summit of the Americas

Home /climate change, press/Leaders Pledge to Tackle Methane, a Super Pollutant, at the Summit of the Americas 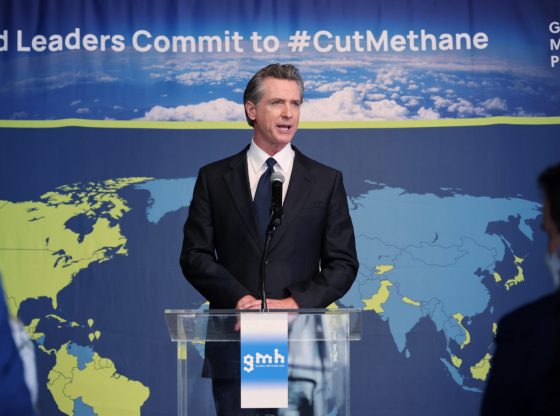 The Summit of the Americas, a triennial meeting between leaders of the Americas, took place this past June in Los Angeles. Keynote speakers including U.S. Special Presidential Climate Envoy for Climate John Kerry and California Governor Gavin Newsom, who both made pointed remarks scaling up commitments to tackling climate change, particularly on the importance of reducing methane emissions as quickly as possible because of methane’s significant and potent impact on global warming.

Climate Envoy Kerry launched a side event, specifically on reducing methane. The gathering, hosted by the Global Methane Hub, a philanthropic powerhouse bringing together multiple donor agencies, has harnessed $350 million for actions around the world to reduce methane emissions in the energy, agriculture, and waste sectors.

“Methane in its earliest years is 20 to 80 times as damaging than CO2,” said Kerry to a select climate gathering at the venue where the Grammys are held. The side event kicked off the hemispheric summit. Kerry elaborated that “almost one half of the warming of the Earth comes from methane. And yet, methane has not been part of the discussion. We put it on the map in Glasgow and now methane has to face greater scrutiny. And now we have to get moving.”

Gavin Newsom, the Governor of California, spoke immediately after Kerry, drawing attention to the “exponential and outsized opportunity existing to address the climate crisis through phasing out super pollutants, including methane.” He reminded the audience that California has and will continue to be a global leader in addressing climate change and promised to continue to set an example not only for other U.S. states, but for the entire world.

California recently passed an all of government multi-billion dollar spending package (totaling $47.1 billion) that will significantly curb greenhouse gas (GHG) emissions, including $100 million for new remote sensing technologies such as methane satellites that will help find the most potent sources of emissions anywhere on the planet, as well as measures to build climate-resilient water supply, reduce the risk of catastrophic wildfires, and ensure energy grid reliability, accelerate clean energy solutions and protect climate-vulnerable communities from extreme heat.

California’s super pollutant law (SB 1383), the only one of its kind anywhere, requires the state to reduce methane emissions by 40% by 2030 based on 2013 levels. Methane is a super climate pollutant commonly known as a short-lived climate pollutant (SLCP) because it only remains in the atmosphere for a short period of time (about 10-20 years) compared to carbon dioxide which persists in the atmosphere for centuries. More importantly, methane gas, which his synonymous with natural gas, has more than 80 times the climate impacting potency as CO2. California also plans to invest $200 million of the new climate budget towards plugging abandoned wells which risk leaking large amounts of methane into the atmosphere.

Scientific experts within the IPCC recommend that the world must not surpass 1.5°C of warming in order to avoid triggering several irreversible climate tipping points. Global leaders must act to reduce methane immediately to remain within the IPCC’s threshold. In the words of John Kerry at the summit, “methane is the single biggest, fastest, easiest reduction to control warming.”

Additionally, Governor Newsom and Justin Trudeau, Prime Minister of Canada, signed a joint Memorandum of Cooperation (MOC) to tackle climate change. The MOCs aim to reduce pollution, including by encouraging the adoption of zero-emissions vehicles.

In his speech at the summit, Governor Newsom explained that local and national administrations need to move beyond ambitions stated within climate pledges to actual implementation of goals. By allocating a budget to address methane, his administration acknowledges the urgent need to reduce methane emissions along with CO2, and not just CO2 alone.