The Real Pirates of the Pechora 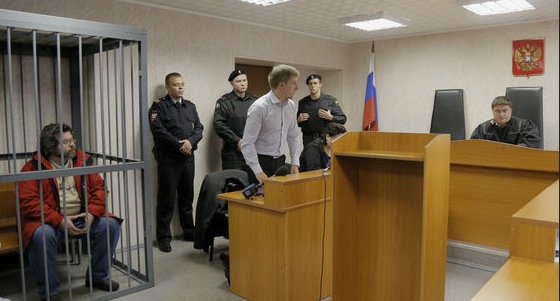 Who are the real Pirates of the Pechora?

The detention by Russian authorities of Greenpeace activists in international waters for their peaceful civil protest against oil drilling by Gazprom in Arctic waters of the Pechora Sea, and the accusations against Greenpeace by Russian policy of “piracy”, raises some fundamental questions worth reflection.

First of all, it is clear that the move by Greenpeace was absolutely peaceful, non-violent, and aimed at drawing attention to a global environmental emergency, an honorable cause far from piracy tactics that everyone knows are about pillaging and plundering. Both of these words refer to “taking goods by force”, “rob using violence”, what we know that pirates generally do.

Indeed over the last several decades, our untamed greed for material wealth has placed us on a path of planetary pillage and plunder. Our global environment is evermore “stripped” of natural resources, “sacked “of valuable environmental wealth, “looted” of environmental capital, and our climate is devastated and ravaged by our insatiable and unsustainable consumption of fossil fuels.

The Gazprom’s of the world, instead of looking for more sustainable answers to our energy needs, instead of planning for a future of less dependence on contaminating fossil fuels, and instead of protecting the most sensitive natural environments held hostage by industrial growth, are digging deeper, and violating pristine natural habitats like the Arctic Sea in search of more natural wealth to reap and ransack.

Greenpeace’s campaign to save the Arctic from irrational anthropogenic overexploitation is precisely what we need more of. The activists illegally detained recently by Russian authorities merely because they are manifesting what most of us know is what we need but are unwilling to take such a bold stance, reflect our obvious global concerns for the drilling of the last glacier frontier quickly melting due to uncontained climate change. These Greenpeace activists are certainly not Pirates, but rather an emerging global conscience that is desperately calling out for our global leaders and for the global Gazprom’s of our planet to reconsider their unsustainable paths towards planetary destruction.

But that leave’s the question, “who are the real pirates in this story”?

send a letter to your Russian Embassy to have the Arctic 30 released!:
http://www.greenpeace.org/international/en/campaigns/climate-change/arctic-impacts/free-our-activists/