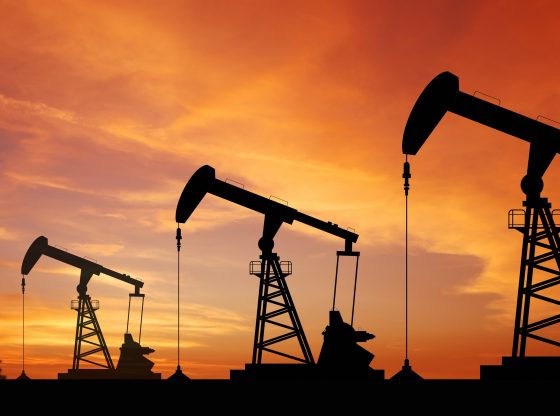 The Center for Human Rights and Environment (CHRE), in collaboration with the Institute for Governance and Sustainable Development (IGSD), submitted comments on the U.S. Environmental Protection Agency’s (EPA) proposed Standards of Performance for New, Reconstructed, and Modified Sources and Emissions Guidelines for Existing Sources: Oil and Natural Gas Sector (hereafter “the Proposed Methane Rule”). The two organizations emphasized the importance of increasing actions that reduce methane gas emissions as quickly and as aggressively as possible as it is the only pathway to keep global warming in check and under 1.5°C of total global warming which is the threshold of no return according to leading climate scientists.

In its Proposed Methane Rule, the EPA aims to strengthen regulatory guidelines to reduce methane emissions from the oil and gas sector and to help guide industries and states to quickly reduce this super pollutant that is 86 times more potent to the climate than CO2. CHRE and IGSD welcome the Proposed Rule but say that the EPA can do even more to reduce methane emissions in the near term from the most polluting industries which include oil and gas, landfills and agricultural waste.

Science is telling us that if ignored, methane emissions (which are on the rise) will lead to irreversible climate tipping points beyond which there is no repair. Over one hundred countries, including the U.S., recently adopted the Global Methane Pledge. This pledge, announced by EU Commission President Ursula von der Leyen and U.S. President Joe Biden in Glasgow at the recently held global climate summit (COP26), sets a global target to reduce current methane levels 30% by 2030 and enables the EPA to intensify its efforts to reign in polluters. In order to meet this target, policymakers globally must start by reigning in unnecessary and intentional emissions in sectors like the oil and gas industry. Oil and gas methane emissions account for approximately 30% of U.S. and 25% of global anthropogenic methane emissions.

On January 31, 2022, CHRE and IGSD submitted recommendations through a public consultation held by EPA to receive public opinion on its Proposed Methane Rule. “While the EPA is showing a step up in the US’s ambition to reduce methane emissions”, says Jorge Daniel Taillant, Executive Director of the Center for Human Rights and Environment, “it could do more”. “For one, EPA should modify its methodology of measuring methane’s global warming potential (GWP) which currently sets a long-term scenario of a 100 years, [referred to as GWP-100], to incorporating a short-term measurement scenario of 20 years [GWP-20]. This is because methane emissions released today will warm the climate only in the coming few decades. Mitigation strategies aiming to reduce these emissions need to understand and assign the short-term value of this shorter time frame of warming. It doesn’t make sense to consider longer term impacts of methane if the pollutant disappears so quickly”, says Taillant.

Methane, a short-lived climate pollutant (SLCP), remains in the atmosphere for approximately one decade, which means that methane emissions released today are practically negligible or non-existent one hundred years from now. “Why would you be evaluating methane emissions over 100 years if it’s only around for about a sixth of that time or less? This anomaly in its analytical methodology”, says CHRE’s Director, “is underestimating the enormous value and importance of tackling methane emissions today. By switching to a more realistic measurement framework of 20 years or less for methane emissions instead of 100 years, EPA would send the right signal to industry on climate, … ‘it’s all about methane’!”

This GWP time window adjustment from 100 to 20 years, according to CHRE and IGSD, would enable the EPA to adequately and more effectively encourage and help usher in the most effective climate solutions available to revert climate change, reducing methane emissions mitigation which are contributing 86 times more to global warming in the near future than CO2. Prioritizing immediate methane emissions reductions will help hold back global warming between now and 2050, buying us time to achieve longer term decarbonization targets, ensuring that we are on the quickest pathway to slow and contain global warming to the 1.5°C warming limit set by the IPCC, beyond which we enter severe and irreversible climate impacts.

Another approach mentioned in the comments to EPA by CHRE and IGSD and that could help reframe the way climate change is addressed is the utilization of the Temperature Pathway Tool created by the UN’s Climate and Clean Air Coalition. This tool converts emission trajectories to temperature impacts, providing a more comprehensible and accurate representation of methane’s impact on the atmosphere and climate.

The EPA’s Proposed Methane Rule as it stands, unfortunately does not put the U.S. on track to meet its 40–45% methane emissions reduction goal of the oil and gas sector by 2025, announced in prior policy, say CHRE and IGSD. The EPA must employ stricter methane emission reduction measures and carry out complimentary actions outside of the scope of this rulemaking to reach these targets. CHRE and IGSD recommend that the EPA align its national methane rule with the country’s emerging and more ambitious international leadership and its recent international commitments on methane emissions reductions, such as through the Global Methane Pledge, sponsored and negotiated by the US and signed recently by more than 100 countries to aggressively reduce methane emissions 30% by 2030.

In their public comments, CHRE and IGSD call special attention to the EPA regarding the agency’s system to address methane and associated gas emissions from active and abandoned oil wells. They also emphasize the need to more aggressively target flaring emissions. Flaring emissions are the emissions produced when oil and gas equipment burns unused excess gas. Commonly tolerated as a practice that is needed to avoid emergencies when gas pressure and gas release get out of control, flaring is a widespread yet avoidable technique in oil and gas production, even though it is one of the worst emissions sources for methane and other associated toxic gases. Technologies are widely available at economically feasible costs to cease flaring in most instances, including by capturing unused excess gas, and reselling or adequately disposing of this gas in ways that are safe for the climate and for adjacent communities. CHRE and IGSD call for an end to flaring, and recommend an outright prohibition of routine flaring through the introduction of systems to capture and reutilize gas. This would improve our climate and reduce the public health impacts of flaring, which disproportionately harm Indigenous, minority, and low-income, rural communities.

CHRE and IGSD urge the EPA to do a better job of monitoring active, inactive and abandoned wells (which are a growing source of significant emissions), to implement new monitoring and measurement technologies and techniques, and to use satellite data and other emerging data about emissions to empower communities to participate in identifying and reporting large emission events.

Finally, the climate policy organizations suggest to the EPA developing further guidance and support for subnational government programs to remediate abandoned and unplugged wells, which harm the environment and human health. This would include preemptive action to expand liability to original and past operators of wells (who generally sell off wells that are less productive to smaller companies). This transfer of production to smaller players also transfers the pollution legacy of their operations to companies that are less financially secure to properly clean up and cap wells that have reached the end of their production lifecycles. Oftentimes, these wells are abandoned when financial margins are fully squeezed, while financial bonding that accompany the wells rarely cover the full cost of clean up, leaving the public to pay for their pollution legacy. That needs to change, say CHRE and IGSD, and the Proposed Methane Rule can help usher in a more robust financial framework for well permitting, to ensure cleaner end-of-life closure once they no longer produce profitably.

Cutting methane emissions is a central component of climate strategies to protect communities and ecosystems from the near-term impacts of climate change. The EPA must act as though the national and planetary house is on fire (because it is!), and lead the way to stabilize our climate with the most effective regulations that recognize and act upon the true gravity and urgency of the climate emergency.

The EPA Proposed Methane Rule comes accompanied by newly introduced methane mitigation policies recently announced by the Biden Administration, including US$1.2 billion in various initiatives to reduce methane emissions from abandoned oil and gas wells, from pipelines, from landfills, and from agricultural waste. The White House also recently announced a Methane Emissions Reductions Action Plan, which coordinates actions to reduce methane emissions across numerous government agencies, including the Departments of the Interior, the Department of Energy, the Department of Agriculture, and the Environmental Protection Agency.

Countries must urgently implement fast mitigation strategies, especially methane emissions reductions, which are crucial to remain within the 1.5°C of warming, which the IPCC warns is essential to slow climate feedback loops and avoid irreversible tipping points.

The full comments can be found at this link:
https://center-hre.org/wp-content/uploads/IGSD_CHRE_OAGMethaneComment_31January2021_FINAL.pdf

US announcement on US$1.2billion to tackle methane emissions reductions:
https://www.whitehouse.gov/briefing-room/statements-releases/2022/01/31/fact-sheet-biden-administration-tackles-super-polluting-methane-emissions/