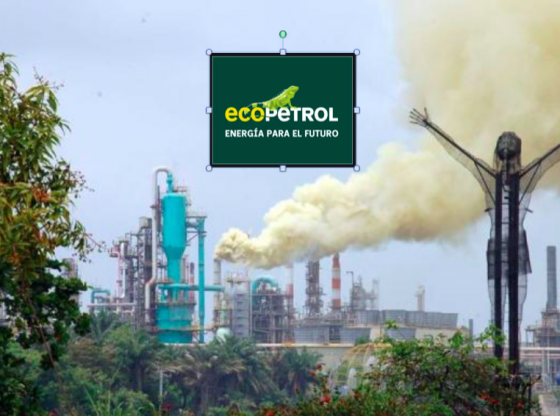 Days after the Center for Human Rights and Environment and Earthworks revealed extensive fugitive and venting emissions at numerous Ecopetrol facilities in Colombia, the country’s largest oil company, the state-owned Ecopetrol announced a target of 20% emissions by 2030. Organizations working to force a clean-up  of Colombia’s  oil and gas sector called the commitment insufficient, especially considering that estimates by the International Energy Agency (IEA) indicate that a 40% emissions reduction of Colombia’s oil and gas sector would come at no cost at all to the company.

Images of intense emissions coming from processing facilities, pump jacks, compressors, separators, flares and storage tanks recorded by thermal optical imaging technology brought by Earthworks and the Center for Human Rights and Environment (CHRE) last week, surprised public authorities at the Ministry of Environment and the Ministry of Mines and Energy and resulted in a call from environmental groups to Ecopetrol and other companies to immediately address these emissions, some of which are occurring adjacent to schools and homes.

Environmentalists met with both government ministries as well as with the National Environmental Licensing Agency (ANLA) and with Ecopetrol on Friday, to share the images registered and to call on authorities and on the state-owned oil giant to commit to eliminating venting and to clean up inefficient flaring, that is spewing methane as well as volatile organic compounds (VOCs) into the air. These invisible VOC gases cause serious health impacts including respiratory diseases, cancer and even death. Meanwhile, methane emissions are up to 100 times more impacting than CO2 in terms of their climate impacts.

Ecopetrol refused to discuss any commitments to reducing VOC gases, but indicated that they would make announcements this week regarding commitment they were willing to make, but fell short on Monday of expectations, making no commitments whatsoever to address dangerous VOCs emissions. The company points to efforts to introduce decarbonization projects to reduce CO2 emissions, including gas capture in certain flares with a view to generate energy, efficiency programs in energy transport and the re-use of vapors as well as projects to promote renewable energy generation such as installing solar parks. Company CEO Felipe Bayon announced yesterday, “We are committed to reduce the impact of our operations, and work with authorities to constantly improve air quality, and promote environmental best practices and social-environmental development of the areas where we operate.”

Mexico, by contrast, say environmentalists who ask for more from Ecopetrol and from Colombian government oversight agencies, has committed to a 45% reduction of methane emissions by 2025, more than double the Ecopetrol commitment. Mexico has introduced binding regulations to ensure that the oil and gas sector cleans up its act immediately. Colombia has no regulations on methane emissions or VOCs gas monitoring in place for reducing venting or making flaring more efficient or eliminating it altogether.

Further, says Daniel Taillant of the Center for Human Rights and Environment, the organization that coordinated last week’s tour to register and reveal Ecopetrol’s emissions, “There is no commitment by Ecopetrol to cease venting of outdated technology.  This equipment vents by design. Industry standards in other parts of the world have moved to non-venting equipment. Because of this old and outdated technology,  Ecopetrol is emitting copious amounts of methane (a strong global greenhouse gas) as well as volatile organic compounds such as benzene, toluene, ethyl benzene, xylene and others, which cause serious impacts to human health. The company doesn’t even have an inventory of its emissions. Their 20% reduction target is based on their presumptions of what their equipment vents (based on emissions factors, but not actually measured with thermal imaging technology, as was done by Earthworks last week). Ecopetrol doesn’t really know what’s happening on site–they’re basing their calculations on unverified emissions presumptions. We have shown that their machinery is outdated and emitting far more. Also, you can’t “compensate” health-impacting emissions like VOCs through promoting renewable projects. Health impacts are not eliminated because you promote vapor capture or install solar panels. It’s nice to do those things, but above all, you have to eliminate human impacts.  It’s unacceptable that the company does not at least aim for a 40% reduction in gases vented to the atmosphere and seriously work to halt all emissions directly vented into the air. It’s feasible, it’s cheap and it’s the right thing to do”.