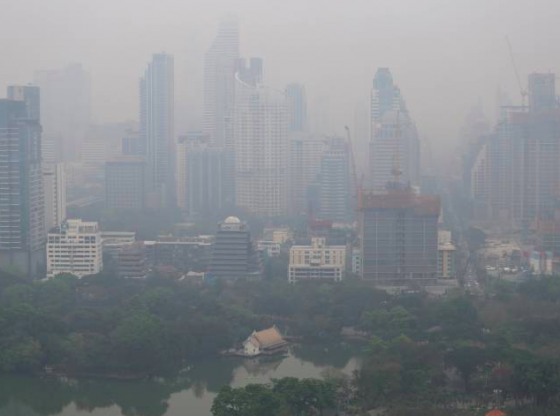 Geneva, Switzerland, 2 May 2018 – Ninety percent of people worldwide breathe polluted air, according to new estimates released today by the World Health Organization (WHO). In 2016, polluted air resulted in 7 million deathsglobally¾4.2 million from ambient air pollution and 3.8 million from the burning of solid fuels for heating and cooking¾with low- and middle-income countries bearing the brunt of the burden.

The WHO also recognized the role of air pollution, which includes major climate forcers such as black carbon, as a critical risk factor for non-communicable diseases, contributing to a significant percentage of all adult deaths from heart disease, stroke, chronic obstructive pulmonary disease and lung cancer.

“Air pollution not only poses a dangerous threat to all citizens but also the planet. Black carbon, a key component of air pollution, is also a powerful climate forcer, which further accelerates climate change by decreasing the world’s reflective ice and snow,” said Durwood Zaelke, President of the Institute for Governance & Sustainable Development. “With this combination of benefits, reducing air pollutants should be a top priority for sustainable development and climate protection.”

Despite the high and dangerous levels of air pollution recorded worldwide, the WHO reports some positive progress with more countries taking measures to tackle and reduce particulate matter. The WHO’s database is now the world’s most comprehensive, comprised of more than 4300 cities in 108 countries, reflecting a stronger global commitment to air quality assessment and monitoring.

“If we are to meet the Sustainable Development Goals or the Paris Agreement temperature targets we must take urgent action now” said Romina Picolotti, President of the Center for Human Rights and Environment. “We are all at risk and we must act fast to protect our societies and the planet. If you want to know the level of pollution on your city you can use WHO/CCAC tool at http://breathelife2030.org”

The database, summary of results, methodology used for compiling the data and WHO country groupings can be found here.