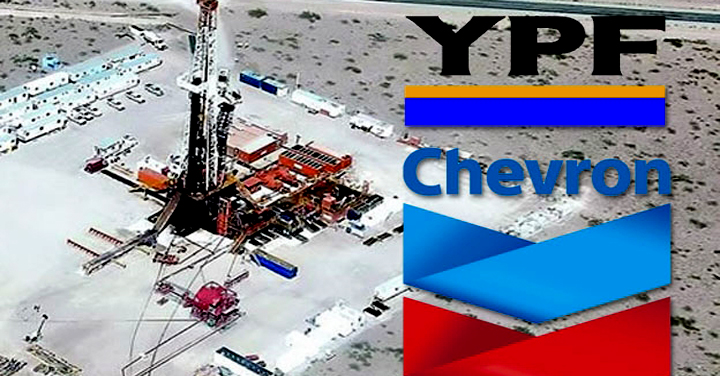 Argentina’s President Cristina Kirchner announced this week a US$1.24 billion deal between Argentina’s recently state-owned YPF (previously owned by Spanish Repsol but recently nationalized), and petroleum giant Chevron. The deal, which remains secret, has been in the works for quite some time now, and has been tailor-made to address Chevron’s serious concerns over Argentina’s macro-economic policies, including severe restrictions on exporting profits, which sustain an artificial exchange rate some 60% less than the true market value of the Argentine peso. The deal came with a Presidential Decree laying out a new investment framework with benefits specifically designed for fracking investments which are geared to lure in the US$20 billion needed to exploit what has been dubbed the world’s second largest extractable shale gas reserve.

As criticism mounts over the agreement, national government representatives have begun to reveal some details from the YPF-Chevron deal. Of YPF’s 12,000 hectares (nearly 30,000 acres) of Vaca Muerta, 3% falls under the YPF-Chevron deal. Of that amount, YPF and Chevron will be equal partners (50/50). The initial program will include the drilling of at least 100 wells in a 5,000 acre tract, with a target of up to 15,000 wells by 2017.

Political opposition and representatives from other sectors, such as mining, who presently suffer from the skewed economic policies in place, are saying Chevron had a heavy hand in drafting the regulation.

The deal and investment framework however, come at a time when lots of questions remain for investors; not only economic questions about the sanctity of the Argentine economy, suffering from cash and exchange restraints and a Venezuelization of conditions, as the spread from the artificial exchange rate and the black market dollar rises above 60%, but also questions raised by a rapidly deteriorating social context.

As new potential fracking investments appear on the horizon, so do community protests, mostly from indigenous groups fearing the same sort of environmental problems witnessed in other countries that ventured into non-conventional shale gas extraction. The Mapuche tribe of the Patagonia Region, where most of Argentina’s shale gas reserves lie at Vaca Muerta, are staunchly against fracking and insist that Argentina should uphold its commitments to ILO Convention 169, granting indigenous peoples the right of consultation before large investment projects move forward.

A few weeks ago, in neighboring Patagonian Chubut Province, a court issued a previously denied injunction, suspending one of YPF’s fracking wells due to the uncertainty of environmental impacts. Legal representation cited the lack of consultation with local indigenous groups, the violation of due process and access to environmental information, and lack of effective participation in community and public water conservation. Three additional complaints were filed, including: falsification of public documents, the existence of a twin record, and the breach of the duties of the Provincial Institute of Water and other competent bodies in the absence of safeguards for an archaeological site. The Mapuches applauded this court decision and subsequently have taken over other well sites in protest.

Fracking is known to affect underground aquifer water, release significant amounts of methane gas and contaminate the environment with the many undeclared solvents and other chemicals utilized in the extraction process. The process is also known to caused minor earthquakes at fracking sites.

The recent promotional investment framework only focuses on offering economic benefits to fracking companies and investors, but fails to address the environmental concerns raised by communities which will likely bring new challenges to the sector in the years to come.