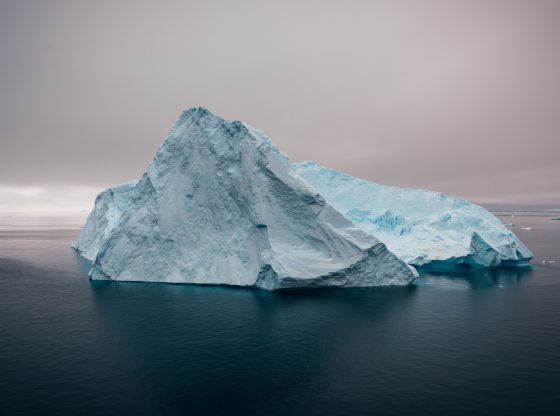 The climate emergency is here, and the only way to stop the downward slide to chaos is to cut methane and other super climate pollutants as fast as possible, while also dramatically reducing carbon dioxide emissions. One message has been made clear by the United Nations Environment Programme and Climate and Clean Air Coalition’s Global Methane Assessment, and the IPCC’s Sixth Assessment reports: Cut methane now or doom the planet.

According to the recent IPCC reports, every added increment of climate pollution causes further irreversible harm. Record-shattering heatwaves and floods will become more and more frequent unless we slow the rate of warming as quickly as possible. We’re seeing self-reinforcing feedbacks start to accelerate warming, and learning that we’re closer to crossing climate tipping points than previously thought.

The Arctic is warming four times faster than the rest of the world. We’ve already lost nearly half of the Arctic’s summer sea ice — a white shield reflecting solar radiation safely back to space — and losing the rest of the sea ice during the sunlit months would add the equivalent of 25 years of climate emissions. In March 2022, both the Arctic and Antarctic experienced unprecedented heat, with the Arctic 30 degrees Celsius above normal, and the Antarctic 47 degrees Celsius above normal.

Tipping points are notoriously hard to quantify, and hence frequently excluded from climate models. But the probability — the fat-tail risk — that we’ll pass critical thresholds in a matter of years to decades is increasing every day.

In this do-or-die moment, the biggest immediate opportunity to slow warming is to cut methane and other short-lived climate pollutants, including hydrofluorocarbon (HFC) refrigerants, tropospheric ozone, and black carbon soot. Addressing these emissions is the single most impactful and fastest way to slow warming over the next two decades. It also gives us the best and probably only chance of keeping the 1.5 degrees Celsius goal in sight. This strategy could slash the rate of overall global warming by half, and the rate of heating in the Arctic by two-thirds. The good news is we already know how to do this, and can thus realize the benefits to health, productivity, and food security.

As explained by the Sixth Assessment report from Working Group III, “Due to the short lifetime of CH4 [methane] in the atmosphere, projected deep reduction of CH4 emissions … effectively reduces peak global warming.” This follows the calculations by the landmark Global Methane Assessment that reducing methane emissions by 45% by 2030 will avoid almost 0.3 degrees Celsius of warming globally and 0.5 degrees Celsius of warming in the vulnerable Arctic by the 2040s. The assessment further finds that this reduction would prevent 255,000 premature human deaths every year, 775,000 asthma-related hospital visits, 73 billion hours of lost labor from extreme heat, and 26 million tonnes of crop losses globally.

While decarbonization is essential, such measures will cause warming over the next decade by reducing the cooling particles that are co-emitted during the burning of coal and diesel — which has the effect of “unmasking” existing warming and cancelling the cooling benefits of carbon reductions until around mid-century. The Sixth Assessment report makes this clear: “The projected reduction of cooling and warming aerosol emissions over time leads to net warming in the near- to mid-term . . . mostly due to reduced fossil fuel combustion that was not equipped with effective air pollution controls.”

Both the United States and the EU are taking steps to slash their methane emissions, including by leading the Global Methane Pledge, which has been signed by 111 countries. The pledge commits to cutting global methane emissions globally by at least 30 percent below 2020 levels this decade. If achieved, and combined with rapid decarbonization, such reductions would put the world on a pathway consistent with limiting warming to 1.5 degrees Celsius by the end of this century, with limited or no overshoot.

But the voluntary pledge is not sufficient in the face of the fast-unfolding climate emergency. The EU and United States need to work together to develop a global methane agreement that is inspired by the Montreal Protocol on Substances that Deplete the Ozone Layer, and that borrows key aspects of what is widely regarded as the world’s most successful multilateral environmental agreement. The European Parliament has already started calling for such an agreement, which presumably would focus initially on stopping leaks from the fossil fuel sector.

As we tighten the screws on methane leaks, we also need to transition as quickly as possible from fossil fuels to verifiably clean energy — which doesn’t include forest bioenergy. With Putin’s invasion of Ukraine and the war crimes we see on television, it’s untenable for Europe to continue buying gas from Russia, paying an estimated $340 million each day, according to The Financial Times. So far, the Baltic States of Lithuania, Latvia, and Estonia have committed to ending Russian gas imports, and pressure is building on other European countries to follow suit. For both climate and security, it’s essential to hasten the shift from “petrostates” to “new electrostates”, in the words of The Economist.

As Europe shifts from Russian gas, which has the highest methane leak rate in the world, it’s important that any replacement gas has a low leak rate. An immediate agreement to reduce methane leaks among the countries sending replacement gas to Europe could be the on-ramp for a global methane agreement. This should be a key goal of the Task Force on Energy Security set up under the March 25, 2022, Joint Statement between the United States and the European Commission on European Energy Security.

This blog originally appeared in the May/June 2022 issue of The Environmental Forum.