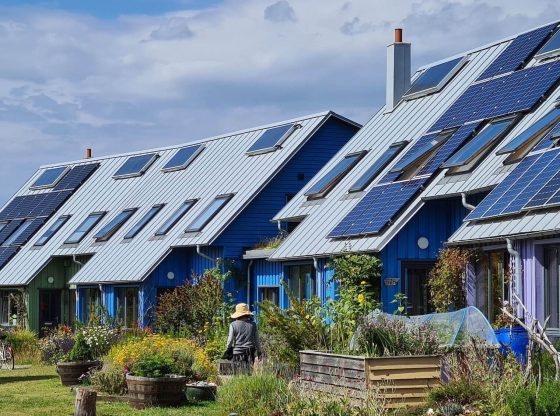 On April 4th, the IPCC, bringing together the world’s leading climate scientists, published its Sixth Assessment Report titled Climate Change 2022: Mitigation of Climate Change, which warns people, companies, and governments of the world that the need to rapidly tackle climate change cannot be postponed. It’s a do-or-die moment for the planet to act on climate change or face catastrophic impacts and irreversible climate tipping points beyond which there is simply no repair.

We’ve heard the climate doom message before, but this is new.

The window is closing to act before falling over an unfixable climate catastrophe cliff. This is not simply about finally getting around to act to stop climate change. It’s about acting immediately or accepting that we’ve failed.

We’re not on target, says the IPCC, to keep out of the danger zone set by the Paris Agreement, which warned that we should not surpass 1.5°C (that’s about 2.7°F) of warming since we first started to industrialize (about 200 years ago). The old marker in the sand which we thought was our deadline, that is mid-century, has moved. We’ve been buying time by initiating plans all around the world for gradual decarbonization. That’s all great, says the IPCC, but we’re now faced with the hard and hot fact that it is not enough.

The IPCC is now telling us that global temperature increases are likely to exceed 1.5°C as early as the 2030s and surpass 2°C (3.6°F) by mid-century unless countries can do a lot more than they’re doing today to quickly reduce the most polluting greenhouse gases. That includes CO2 but it also includes other super polluting gases that are even more critical, like methane gas, dirty refrigerants (HFCs), and black carbon (soot). The only way to save the climate and avoid irreversible climate impacts is to continue to decarbonize but also to reduce these super pollutants (methane, HFCs, and black carbon) immediately.

The emerging news gets even worse. If we continue in the direction we are set on now, current climate policies and the relatively modest climate actions we are seeing take root around the world put the world on track for around 3.2°C (5.8°F) of warming by 2100. That’s way over the limits the Earth can tolerate. It’s not enough. We need to do more, and we can, says the IPCC, probably the only bit of good news in the report.

These super pollutants, which the IPCC is pointing to as priority, have many times the climate impact compared to CO2. Methane gas (the principal component of natural gas) is 86 times more damaging to the climate than CO2. Some HFCs (used in home, car and industrial air conditioning) can be thousands of times worse for climate than CO2. Black carbon gets deposited on glaciers, melting them quickly and exposing heat-trapping surfaces, which leads to more warming in the Arctic that is up to four times worse than in other parts of the world! So eliminating these super pollutants fast will have enormous climate benefits (much more than CO2 reductions) for cooling the planet in the next few years and decades. We just don’t get the same benefits from CO2 reductions in the short-term. We still need to decarbonize, says the IPCC, but that is a longer-term strategy which will bring benefits over centuries, but not in the next few decades when we need the cooling most. We don’t keep from falling off of the climate catastrophe cliff by mid-century if we don’t focus intensely on the super pollutants.

The world has already warmed by 1.1°C since pre-industrialization says the IPCC report, and that makes the 1.5°C threshold dangerously close. We can knock off about half of a degree of warming by phasing out super pollutants like natural gas, by mid-century. We know how to do this and have good cost effective solutions to reduce methane gas in landfills and in agriculture, particularly in cattle and dairy production. We need to make these industries less polluting by reducing methane emissions as quickly as possible, and most importantly before 2030.

GHG emissions must peak before 2025, says the IPCC, in order to keep global warming under control and within the 1.5ºC limit. Decarbonization strategies alone simply don’t have that bang for the buck. If all we do is decarbonize, it’s game over, says the IPCC.