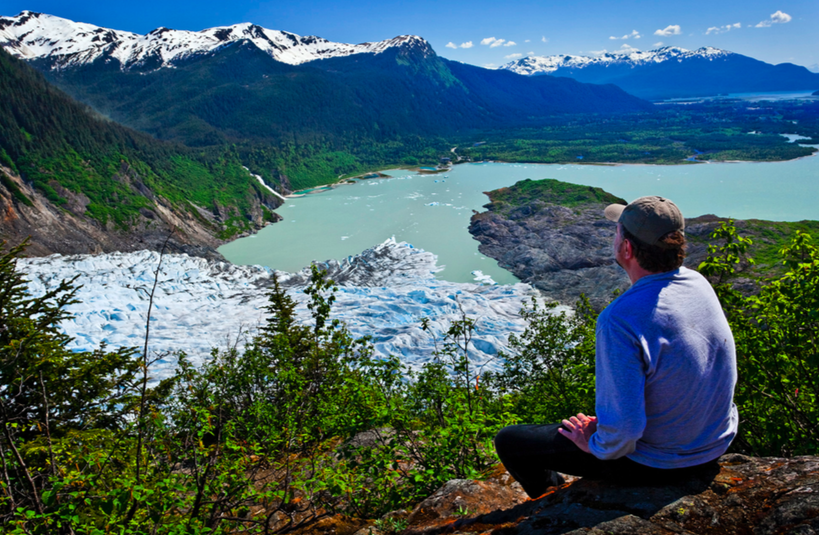 14 September 2017, New York – Two new studies released today find that global temperature increases can be limited to less than 2 degrees Celsius above pre-industrial levels, as global leaders have pledged through the Paris Agreement, but only if the world quickly pursues three cooling strategies: decarbonizing the global energy system by mid-century; drastically reducing emissions of short-lived super climate pollutants like HFCs, methane, and black carbon by 2020; and undertaking atmospheric carbon extraction, which will be needed if CO2 emissions do not peak by 2020.

These are the conclusions of a matched pair of reports released 14 September in the run up to the United Nation’s Climate Week. The Well Under 2 Degrees Celsius: Fast Action Policies to Protect People and the Planet from Extreme Climate Change, authored by a team of 33 prominent scientists and policy experts, and the peer-reviewed companion paper by Xu & Ramanathan, Well Below 2°C: Mitigation strategies for avoiding dangerous to catastrophic climate changes in the Proceedings of the National Academy of Science (PNAS), outline three  science-based strategies, or policy levers, that could limit warming to well under 2°C.

Failing to take fast and aggressive action could lead to existential threats to the entire world’s population, as well as many species. This is likely the first time scientific reports written by climate scientists have concluded that unchecked climate changes pose such existential threats.

“These reports shine a bright light on the existential threat that climate change presents to all humanity,” said California Governor Edmund G. Brown Jr. “Scientists have many ideas about how to reduce emissions, but they all agree on the urgency of strong and decisive action to remove carbon from the economy.”

“The world has cumulatively emitted about 2.2 trillion tons of CO2 to date, and policymakers have previously assumed that we could emit up to 3.7 trillion tons and remain below dangerous levels.  We show in our paper, however, that there is a 1 in 20 chance that emission beyond the current 2.2 trillion tons presents catastrophic and perhaps even an existential risk. This could include exposing about 7 billion people to deadly heat stress; 2.5 billion people to viruses such as Zika and chikungunya; and expose close to 20% of species to dangers of extinction,” said Professor V. Ramanathan who is the lead co-chair of the report, with Nobel Laureate Mario Molina, and Durwood Zaelke, President of IGSD. Ramanathan also co-authored the PNAS study. “To put in perspective, how many of us would choose to buckle our grandchildren to an airplane seat if we knew there was as much as a 1 in 20 chance of the plane crashing? With climate change that can pose existential threats, we have already put them in that plane. The good news from our two studies is that there is still time to avoid catastrophic changes.”

“Climate change is an urgent problem requiring urgent solutions,” said Dr. Mario Molina, Nobel Laureate and lead co-chair of the report. “We have less than a decade to put these solutions in place around the world to preserve nature and our quality of life for generations to come. The time is now.”

Pulling the first lever to drastically reduce emissions of short-lived super climate pollutants (SLCPs) beginning now would avoid warming in 2100 by up to 1.2°C. The SLCP lever is essential for slowing near-term warming and can be implemented today with existing technologies, and often with existing laws and institutions such as the HFC phasedown under the Montreal Protocol as a result of the landmark Kigali Amendment in 2016.

The second lever, to achieve carbon neutrality, calls for decarbonizing the global energy system by 2050 through the use of renewables and improvements in energy intensity. The maximum feasible warming reduction would be 2.8°C by 2100. If, in addition to bending the SLCPs emissions curve, the CO2 emissions peak in 2020 and reach zero by 2050, the authors suggest there is less than a 20% probability of exceeding 2°C.

The third lever, atmospheric carbon extraction, is added as an insurance against surprises due to policy lapses, mitigation delays, and non-linear climate changes. If emissions of CO2 and SLCPs start to decrease by 2020 and carbon neutrality is achieved by 2050, the amount of carbon that must be removed will be nearly negligible. However, if CO2 emissions continue until 2030, as is likely, a staggering one trillion tons of carbon extraction would be needed.

Figure 1. Adapted from Supporting Information Table S1: The contribution of individual mitigation measures to the warming in the 21st century (Xu & Ramanathan, 2017).

However, full implementation of the three-lever strategy requires the global mobilization of financial and technical resources. The Well Under 2 Degrees Celsius Report goes on to describe ten scalable solutions for the global economy and society to achieve such rapid reduction in short-lived super climate pollutants by 2030, and carbon neutrality and climate stability by 2050.

“These papers show in the starkest possible terms that what we do in the next 15 to 20 years will determine what the world looks like for the next few hundred if not few thousand years—and it won’t be pretty if we don’t step up our game,” said Durwood Zaelke, one of the three co-chairs of the Well Under 2 Degrees Celsius Report and President of IGSD.

The existential risks the world faces without aggressive mitigation beyond the pledges under the Paris Agreement should inspire humanity to act with unprecedented urgency, according to the authors. In the absence of fast and aggressive mitigation, the world faces non-linear climate tipping points that can lead to self-reinforcing and cascading climate change impacts. These include the ice/snow albedo feedback of retreating Arctic sea ice; melting of Tibetan-Himalayan glaciers by climate pollutants including black carbon soot; retreating of extra tropical cloud systems which protect the planet from warming by reflecting enormous amounts of sunlight back to space; release of methane and CO2 from thawing permafrost; and reduced uptake of carbon by the warmer oceans, among others. These abrupt shifts, or ‘climate wild cards’, are irreversible on a human time scale and would create a notable disruption to the climate systems, condemning the world to warming beyond that which we have previously projected.

The studies point out that the feasibility of the fast, aggressive three-lever mitigation strategy implemented through the 10 solutions is backed up by numerous living laboratories ranging from cities such as Stockholm to large states like California, the sixth largest economy in the world, that have already embarked on mitigation actions such as 40% reductions in CO2 emissions by 2030 and 50% to 80% reductions in SLCPs. CO2 emission curves in the U.S. and E.U. have already started to bend since 2005. The multitude of examples in our recent past—further expanded upon in the report— provide hopeful cases of humanity’s ability to mobilize to achieve our collective environmental objectives.

The good news in the two studies is that practical solutions exist and are ready to be scaled up immediately to deliver climate benefits in the next few critical decades, placing the world on a path to achieving the long-term targets of the Paris Agreement and near-term sustainable development goals.

“While time is short, we can still avoid catastrophic and the potential existential risks, though we’ll have to really kick these strategies into high gear—akin to a war footing,” said Zaelke.

CHRE Co-Founder and Board Member, Romina Picolotti, is one of the Committee Members that drafted the report.