The Verdict is In and Glaciers Win: Barrick Gold’s Controversial Pascua Lama Gets Last Nail in Coffin 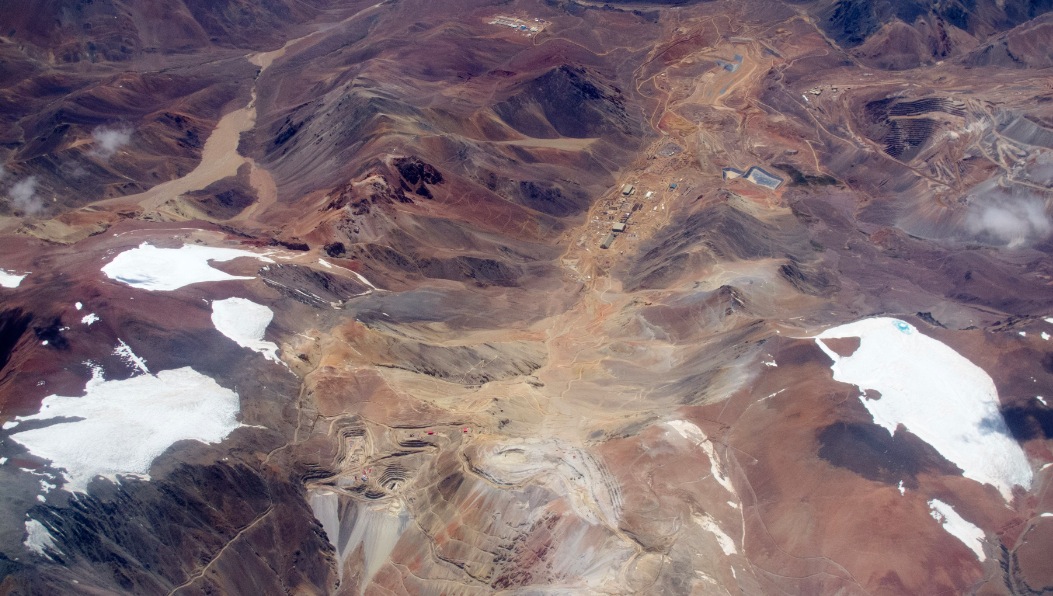 Santiago Chile. Chile’s Environmental Court ruled that Barrick Gold (TSX: ABX; NYSE: GOLD) must go in what marks the end to the miner’s decade-long battle to earn the right to dynamite glaciers and hydrologically-rich permafrost in order to extract gold on the Argentine-Chilean border.

The final ruling of Chile’s Environmental Tribunal announced days ago, indicated that Barrick, despite years of claiming there were no impacts to delicate glacier systems in the Central Andes, failed to abide by its Glacier Monitoring Plan, which it only devised after local communities revealed that the world’s largest gold miner was dynamiting glaciers to prepare the terrain for what would have been the world’s largest gold mining project. In a surprising response, which was rejected by the environmental authorities, Barrick proposed again to dynamite glaciers but offered to haul the glacier ice off with bulldozers to another location if the community really wanted to conserve the hydrological resource. The fight with the environmental authorities regarding it ill-fated Pascua Lama project at 5,000 meters (16,400 feet) above sea level was only beginning.

Barrick has faced a litany of legal battles to try to save the floundering $10 billion dollar Pascua Lama gold mining project that straddles the border between Chile and Argentina. On nine occasions, Barrick’s legal battles ended in frustration, but this last lost-battle seems to be the end of the corporate giant’s efforts to save Pascua Lama.

Big troubles began in 2012 for Barrick with local groups like the Center for Human Rights and Environment (CHRE) who helped derail nearly $500 million dollars in start up financing that would have come from the US Export Import Bank and Export Development Canada (EDC) to help Barrick get the project underway. Legal battles eventually caught up with Barrick as they failed to get Pascua Lama started and a year later the the project was stalled, and never recuperated. After the publicly subsidized financing from the US and Canada evaporated the rest went downhill from there as more and more evidence provided by advocacy groups and indigenous communities began to show the severe impacts already caused to glaciers , and to hydrologically important permafrost was only getting worse. Barrick claimed there were only a handful of glaciers in the project’s immediate vicinity, but groups like the Center for Human Rights and Environment, identified hundreds of glaciers and extensive permafrost areas at the Pascua Lama site and along access roads that were vulnerable to mega mining operations and that were already showing signs of impacts.

The President of the tribunal, Mauricio Oviedo explained the ruling in favor of the Environmental Superintendency’s decision to order a closing of the mining project, stating, “The Environmental Superintendency … correctly considered the elements of proportionality, deciding to definitively close the project and not for a partial or temporary closure, since the magnitude of danger to health, necessitates the closure of the Pascua Lama project. No viable alternatives exist for the project to function safely for the environment or for the health of the population”. According to the Chilean Tribunal, Barrick underestimated the hydrological significance of the glaciers and permafrost areas at the project area, and failed to take the necessary measures to protect these critical water reserves, including of the Estrecho River which originates at the foot of the Estrecho Glacier.

Romina Picolotti, the former Secretary of Environment in Argentina, who during her tenure in 2006-2008 adamantly opposed the project and who received death threats and suffered judicial and political persecution for her work to enact the world’s first glacier protection law to forbid mining in glacier and permafrost-rich areas, stated “I am pleased that the Chilean environmental tribunal stood strong for the protection of extremely vulnerable hydrological resources. In times of climate emergency we need courageous judges with common sense. This is a ruling that favors life. The judges chose to defend glaciers, water and the local population, preserving the planet not only for present generations but also for future generations”.

The Center for Human Rights and Environment (CHRE) served as an expert witness in early proceedings of the case before the Environmental Tribunal and was a key player in a national and global campaign to save Argentina’s glaciers and less known but hydrologically rich permafrost zones, from the expansion of mega mining projects (mostly for gold, silver and copper) in the Central Andes. CHRE coined the term “cryoactivism” … activism to protect glaciers and has published numerous reports on glacier resources and the impacts to them by mining operations.

For more information on Barrick’s impacts to glaciers in the Central Andes see:
https://center-hre.org/wp-content/uploads/2013/05/Los-Glaciares-de-Barrick-Gold-version-20-mayo-2013-ENGLISH-small.pdf

California Governor Doubles Down on Climate
The Earth loses a friend